Overview on Transformer and Frequency Converter

vacker Posted on November 14, 2021 Posted in Uncategorized No Comments 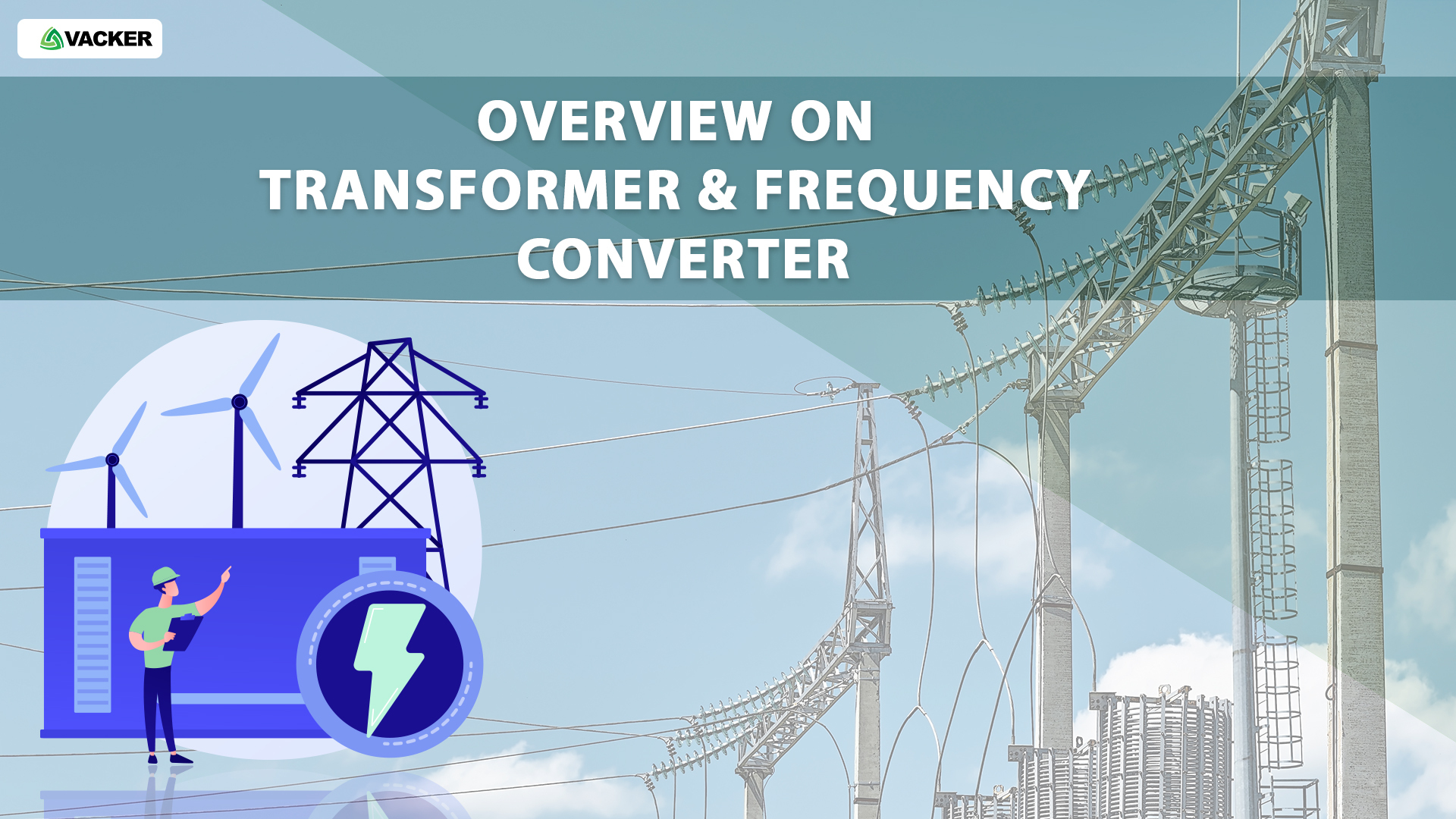 Today, we are giving you an overview of the Transformer and Frequency Converter.

If the topic interests you, stay till the end of the blog and have an insightful breakthrough.

When we first hear the term Frequency converter, a lot of questions such as:

What is a frequency converter?

How Does a Frequency converter work?

What is an electrical transformer?

What is the use of frequency converter? pops up in one fluid motion.

Doesn’t it? Let us tell you what it exactly is.

To quench your thirst for knowledge, keep reading!

What is a Frequency Converter?

How does the converter work?

First, the rectifier circuit converts AC to DC, and then, using thermistors/IGCTs/IGBTs, the inverter circuit converts DC to AC at the specified frequency. The converter step is when the frequency is changed or shifted. A transformer will normally be included in either the ac input or output circuitry if voltage conversion is required, and this transformer may also provide galvanic isolation between the input and output AC circuits.

We may conclude that frequency converters are widely used power conversion devices in a variety of industries, and they offer several functions and advantages, including:

Now let us take you to the next part of the blog,

What is an electrical transformer? 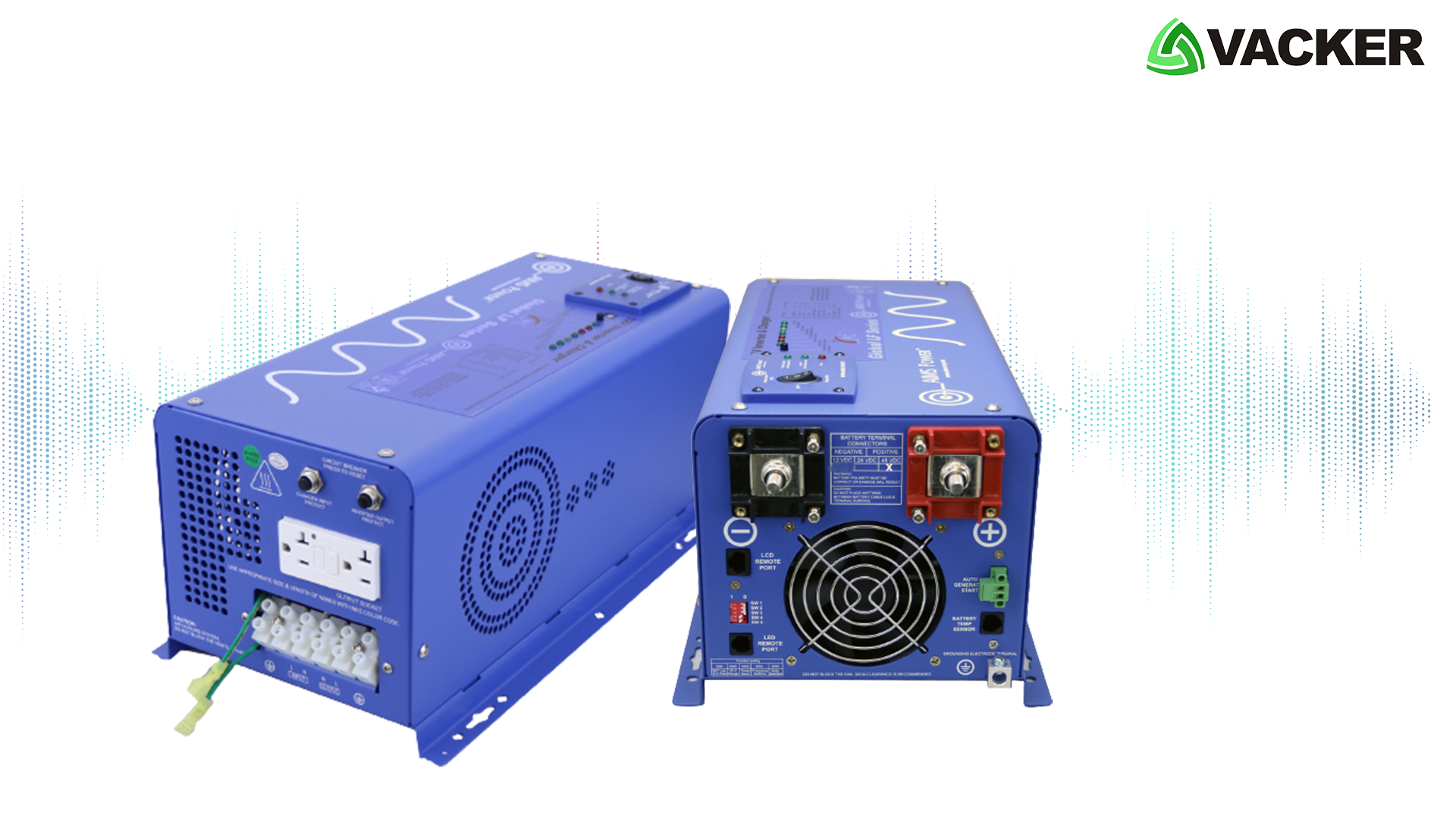 The machine that modifies the voltage level but not the frequency of electricity being from one circuit to another are electrical transformers. They are now intended to run on an AC supply, which means that supply voltage fluctuation is influenced by current fluctuation. As a result, the increase in current causes an increase in voltage, and the increase in voltage causes an increase in current. The transformers help to improve the efficiency and safety of electrical systems by raising and reducing voltage levels as needed. They’re employed in a variety of domestic and industrial settings, but perhaps most notably in the distribution and regulation of power over large distances.

Thus, finishing the construction of an electrical transformer.

Now, We know that you have been wondering how this works. Let us walk you through it!

“The rate of change of flux linkage with respect to time is directly proportional to the induced EMF in a conductor or coil,” according to Faraday’s electromagnetic induction law. Mutual induction between two circuits connected by a shared magnetic field is the physical basis of a transformer. It typically has two windings: primary and secondary. A laminated magnetic core connects these windings, and mutual induction between them aids in the transmission of electricity from one location to another. The rate of change in flux linkage will vary depending on the quality of connected flux between the primary and secondary windings. A low-reluctance path is introduced between the two windings to achieve maximum flux linkage, that is, maximum flux passing through and linking to the secondary winding from the main winding. This improves the efficiency of operating performance and forms the transformer’s core.

An alternating flux is now formed in the core when an alternating voltage is applied to the primary side windings. This connects the primary and secondary windings to produce EMF on both sides. When a load is connected to the secondary section, the EMF in the secondary winding generates a current called load current. To transport AC power from one circuit (primary) to another, electrical transformers convert electrical energy from one value to another, changing the voltage level but not the frequency (secondary).

Pumping stations, railways, industries, commercial enterprises, windmills, and power generation units are just a few of the numerous uses for an electrical transformer. Some other uses of the transformer are listed below:

With that being said,

VackerGlobal provides a broad spectrum of products, all equipped with the most modern state of art and technology.

Following are the list of products that VackerGlobal offers;

Vacker Group of companies is established to provide specialized engineering solutions with a focus on energy conservation and are presently involved in Industrial/Process automation, Home/Office automation... Read more